In Episode 2, meet Eve Isambourg : ocean defender, and creator of the I Speak Blue Too movement that went viral in June 2018.

Listen to the episode with Eve Isambourg here:

Shownotes of the episode with Eve Isambourg

The Oceanriders Podcast is a series of conversations with entrepreneurs, creatives, thinkers and dreamers who happen to be surfers.
Today my guest is all four of them : her name is Eve Isambourg and she is a stunning, brilliant and inspiring young woman from Mauritius. At only 19, she created a movement to raise awareness about the importance of ocean conservation.

In May, while she was sitting her second year college exams at Sciences Po Paris, she created the “I Speak Blue Too” campaign that went viral.

Eve is an accomplished surfer, a model, working as an ambassador for brands who share her values, a blogger, a yoga and zumba teacher, and an ocean activist.  In this episode, Eve tells us her story, and shares her experience of creating and leading her awareness campaign that went viral for World Ocean Day in June.

At a tipping point in history, for our climate and our planet, we discuss what it takes to dive into the world of activism, how social media plays a great part, how to get your voice picked-up by super famous NGOs (such as 4Ocean, Surfrider and Oceana), and what you learn on the way. Eve has taken her movement one step further and shares with us some key elements of the I Speak Blue Too report that can be downloaded and shared here.

If there is one thing to take from this episode, it’s the fact that anything is possible as long as you believe in yourself, your values and that you have something to say. Just take action like Eve and don’t have any expectations, it’s all a learning curve. 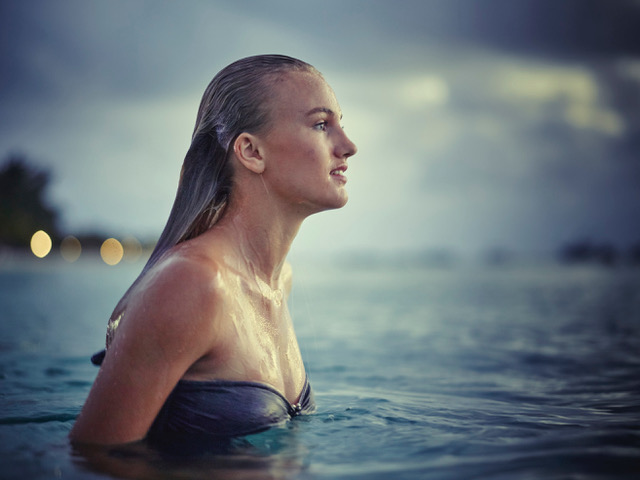 Eve shares her experience into what it takes to become a brand ambassador as she proudly represents Rip Curl Europe, Savage Clothing, Making Waves Clothing and Belle et Toile.

Eve tells us the story of her most grueling surf trip to Scar Reef in Sumbawa Indonesia, and you’ll find out some interesting info her favorite surf spots, and where to go surfing in Mauritius (avoid the posh hotels and the white sandy beaches and you’ll fall in love with the clean reefs of Tamarin).

Talking about dream jobs, since the episode was recorded, Eve’s #ISpeakBlueToo campaign earned her a place on the Peace Boat that took a bunch of young activists on a transatlantic adventure from Stockholm to the icebergs of Greenland and then on to the New York, where she held a talk in front of UN leaders at the United Nations. She’s now off to Hawaii…
To connect with Eve, the best place to start is Instagram. She changed her Instagram handle this summer, you can look her up @theecoblogger and on the #ISpeakBlueToo Instagram account @ispeakbluetoo and I really recommend joining her followers to get daily inspiration on eco-activism and witness the waves she’s making. You can find her articles on her blog www.sharewitheveisambourg.wordpress.com and on her YouTube channel and also in the magazine she collaborates with www.immersion.surf

At one point in the conversation, we mention the ONG Bye Bye Plastic Bags who are making a huge difference in Bali since they started campaigning back in 2014. You might want to see what they’re up to… Discover more about them on Instagram and on their Facebook Page. 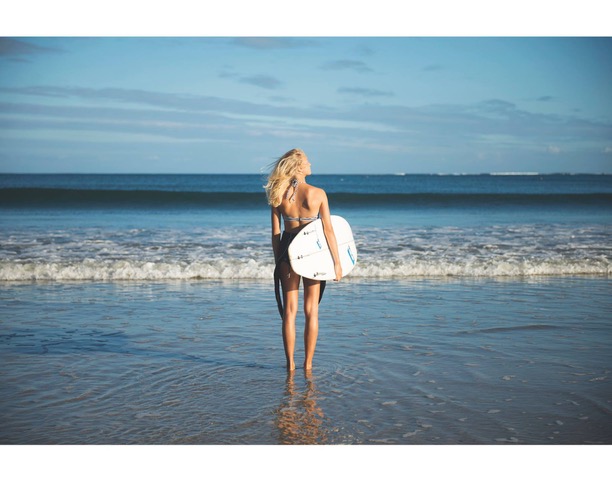 Thank you so much for listening and thank you Eve Isambourg for being such an lovely guest!
I’ll be back next Friday with another awesome human. In the meantime, take care, have fun and enjoy the waves.

If you missed my previous episode, you can find it here

Get 10€ off on your next order